The summer of 1981 was extremely sultry. It was so oppressive, outside activities for the students were cancelled much of the time.

The small school building was located in Providence, RI. It housed five or so classrooms with only six students assigned to each one. There were just four group homes in nearby Massachusetts at the time and one that was recently acquired but had not yet opened.

When first admitted to JRC, this little girl had many self-injurious behaviors, including continually slapping her head and pulling her hair out.

That summer there was a waiting list of students who needed the services that only our small school could and would provide, as we accepted children and young adults who had been rejected from as many as five to ten schools due to the severity of their behavior. Parents anxiously waited for an opening, so that their children could be educated without medication. Many had to wait until that fifth house was ready.

One young couple had a little 10-year-old girl who would pull her hair continuously, even pulling it out completely, and slap and bang her head. They arranged to visit and and drove from New York to Providence. Right away they knew that this was the school for their small daughter. 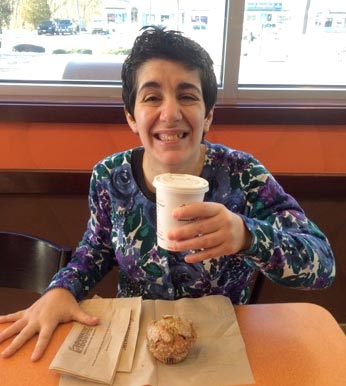 Today that little girl is a lovely young woman who is able to enjoy life, including outings with staff members.

However, in their case, the little girl could not be admitted until their state Department of Education approved the placement. During that long, hot wait, the little girl’s parents would call to inquire about the progress in the state approval. They could only keep her safe by putting her in the family pool as much as possible, they said.

July and August came and went. Finally, they received the approval! Their daughter was admitted September 1, 1981.

Today, this little girl has grown into a lovely young lady who has significantly reduced her self-injurious behaviors through consistent behavioral programming. JRC is still her home, where she enjoys her days with friends and favorite staff members.